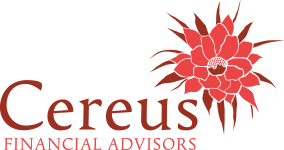 They Really Are Out to Get You! Staying Safe from Scams

A number of people I know have recently been subjected to scams and I thought it would be helpful to tell you about them and give you some tips for staying safe. It is truly amazing that so many people are out there trying to steal from us by tricking us in some way. The best way to guard against being fooled is knowledge. You need to understand where you are vulnerable so you can protect yourself.

A gentleman who I will call Jerry contacted me a few months ago. He told me that he had come into a large amount of money and needed advice on what to do. Jerry is someone who I had worked with a long time ago. He was born in another country and became a US Citizen. He had worked hard over many years, and he wanted to plan for his retirement. Jerry told me that he made $5 million in an investment back in his home country. A friend of his knew about someone who was trading securities in the home country and had an AI-based algorithm which was a sure thing. Jerry had invested his life savings of about $1 million and turned it into $5 million. My internal alarm bells had already gone off, but I wanted to help Jerry and make sure everything was above board. He had liquidated his 401(k) in order to invest in this scheme. Besides the tax on the capital gains from the investment, I was concerned over the taxes Jerry would have to pay on his 401(k) liquidation. Jerry told me that his $5 million would become available within two weeks, and then we could deal with the taxes.

You can guess what happened. The funds did not appear and suddenly both the investment company and Jerry’s so-called friend could no longer be contacted. Jerry was scammed and he probably lost his life savings for good. I felt terrible, but all I could really do to help him was give him a contact with the police. As of the last time I checked, neither the police in the US nor the police overseas were able to recover the money. I’m not sure how he met this friend, but I wonder if it was an online friend who had groomed him over some time until Jerry trusted him or her. I have read about romance scams that operate very similarly over months where the scammer gains trust with the victim with a supposed long-distance romance and then uses either greed or fear to create a situation where the victim transfers money.

This one happened to a close relative of mine as well as one of my clients. Many people are not that computer-savvy and this scam preys on that lack of knowledge. In both cases, what happened was a pop-up message appeared on the screen of the computer that indicated a severe operating system failure had occurred and the victim should no longer use the computer or else there would be permanent damage. The pop-up said to call the phone number on the screen for immediate technical support from Microsoft/Apple.

In both cases, the victims called the number and then allowed the unknown person on the other end of the phone, supposedly from Microsoft or Apple, remote access to their computer. Of course, at that point, they could have stolen information or files from the computer or installed logging software. But what happened to both the victims is that after some time on the phone and supposedly troubleshooting the computer, the person on the other end of the phone said they could not fix it but offered higher-level tech-support for a fee. Luckily both victims hung up the phone at that point and turned off their computers.

This was a complete scam. The pop-up message was similar to an advertisement pop-up on a website. Closing the web-browser would have made the message go away. There is no free telephone support from Microsoft or Apple. In both cases, the computer had to be taken to someone knowledgeable to scan them for virus and malware. It is still possible personal information could have been taken, but neither person had valuable personal information on their computer. Of course, they felt terrible for falling for this scam, but how were they to know?

The one thing that ties most of these scams together is the fact that they involve social engineering. Social Engineering is the process of using deception to manipulate individuals for the purpose of fraud. The perpetrators gain trust with the victim and then scam them. Frankly, the use of technology is secondary to the social engineering. Technology and the internet simply mean the scammer and the victim don’t need to be next to each other and since they could be in different countries, it makes it extremely difficult for law enforcement to arrest the criminals.

There are a lot of lists on how to stay safe on the internet and some of those rules are useful. But I think it starts with being aware of whether you trust someone and understanding just how far you should trust them. Here are 10 things to think about which could keep you safe.

When you think about getting advice about your finances, think about who is giving you that advice. You should be getting your advice from a fiduciary, who is required to give you advice in your best interest and must disclose any conflicts of interest. Anyone can call themselves a financial advisor, but a Registered Investment Advisor must be a fiduciary by law. A Certified Financial Planner™ has agreed to be a fiduciary and has the training and education to provide financial advice. At Cereus Financial Advisors, which is a Registered Investment Advisor and all the advisors are CFPs®, you are getting your financial advice from a fiduciary.

The information provided is for educational and informational purposes only, does not constitute investment advice, and it should not be relied on as such. It should not be considered a solicitation to buy or an offer to sell a security. It does not take into account any investor’s particular investment objectives, strategies, tax status or investment horizon. Investing is inherently risky. Information is based on sources we believe are accurate, but we cannot guarantee accuracy. You should consult your attorney or tax advisor. See more disclosures here: Disclosures